“Andy, I forgot my driver’s license.” This is not the sentence you want to say when you have just pulled up at the airport for your early morning flight. We were on our way to Kansas City for my dad’s graduation, and I had just thought to myself, “Wow, we are actually early! I can send some emails, get my Starbucks. This is great!” Apparently, I packed everything except the one thing that you must have to board the plane. After rushing all the way back to our house and then back to the airport, we missed our original flight to Atlanta that would take us to Kansas City. Let’s just say those moments were not my best.

As I cried at the ticket counter and listened to the options, it became apparent that our journey to Kansas City was not going to be easy. After hearing all of the possible scenarios, our best option was to get on standby for the next flight to Atlanta, and then wait on standby for the next flight to Kansas City. Well, that scared me to death. Even though there were a ton of seats available on the plane, I could not think of anything worse than being stuck in Atlanta! 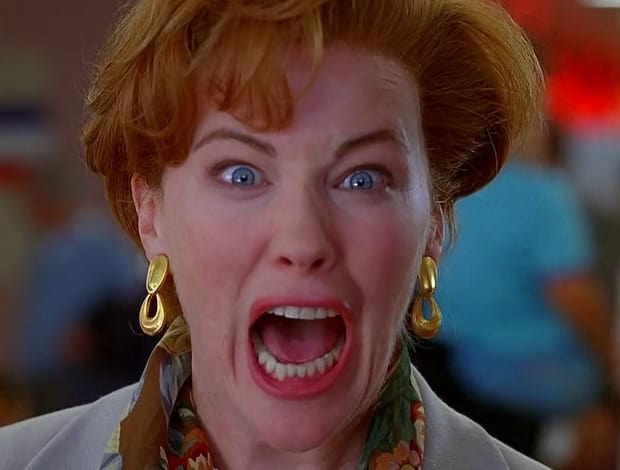 At the end of the day, we made it to Kansas City. There were a couple of close calls, and a reenactment of the Home Alone scene as we sprinted through the Atlanta airport with Ellie and James, but we made it to the graduation celebration.  And you and I both know that God made it happen.

The whole time this was going on, I couldn’t help but see the parallel to the Christian life. Once we missed that original flight, we didn’t have control. We were on standby the rest of the way. And we had to take tiny steps of faith to get to our destination. Often, the Lord calls us to do something that is scary or uncomfortable. We may be OK with it, but the real problem comes in when we can’t see the step after that. We can’t see where or when He’s booked our next ticket, and so we don’t even get on the original flight. Because, what if we have to hang out in the Atlanta airport for the rest of our lives????

One of the most unbelievable examples of faith in the Old Testament is Abraham. His whole life was like a giant leap of faith! And although he had his moments, for the most part he trusted the Lord. In Genesis 12, God revealed himself to Abram aka Abraham and called him to leave his family and everything he knew. Taking God at his word, Abram obeyed. Verse 1 always jumps out at me,

Now the LORD said to Abram, “Go from your country and your kindred and your father’s house to the land that I will show you…”

God didn’t fill in the destination on Abraham’s ticket! He literally told him to pack up and go, forcing Abraham to rely completely on the Lord. Sometimes we may think that it was easier for Abraham to obey because the Lord gave him these amazing promises in the next few verse (2-3). But I’m not sure that’s true. We have hundreds of promises in Scripture that apply to us, and yet we still have trouble stepping out in faith when we next steps aren’t laid out.

When Andy and I were at the original ticket counter trying to figure out what to do, the Delta employee could tell I was about to have an anxiety attack. She was so great and  was confident that we would make that connecting flight. As she was making the arrangements, she looked at me and said, “Just think of it as an adventure.” Y’all the Christian life is an adventure!!! And the LORD has all of our flights booked 😊